Set Up Moskito-Central in Embedded Mode

Skip to end of metadata Go to start of metadata
After reading this doc, you will know...

... how to run MoSKito-Central, embedded into your application

Normally, MoSKito-Central is deployed as a separate application (Standalone mode), offering connection endpoints to be accessed by other applications via RMI, HTTP or other data transfer protocols.

However, in some cases it may be a good idea to embed MoSKito-Central into your app. In case you:

having additional remote application is unneeded overhead. In this situation, the Embedded Mode is the most optimal, resource- and time-saving solution.

To get a better idea of how the data flows to MoSKito-Central in Embedded Mode, see the diagram below. 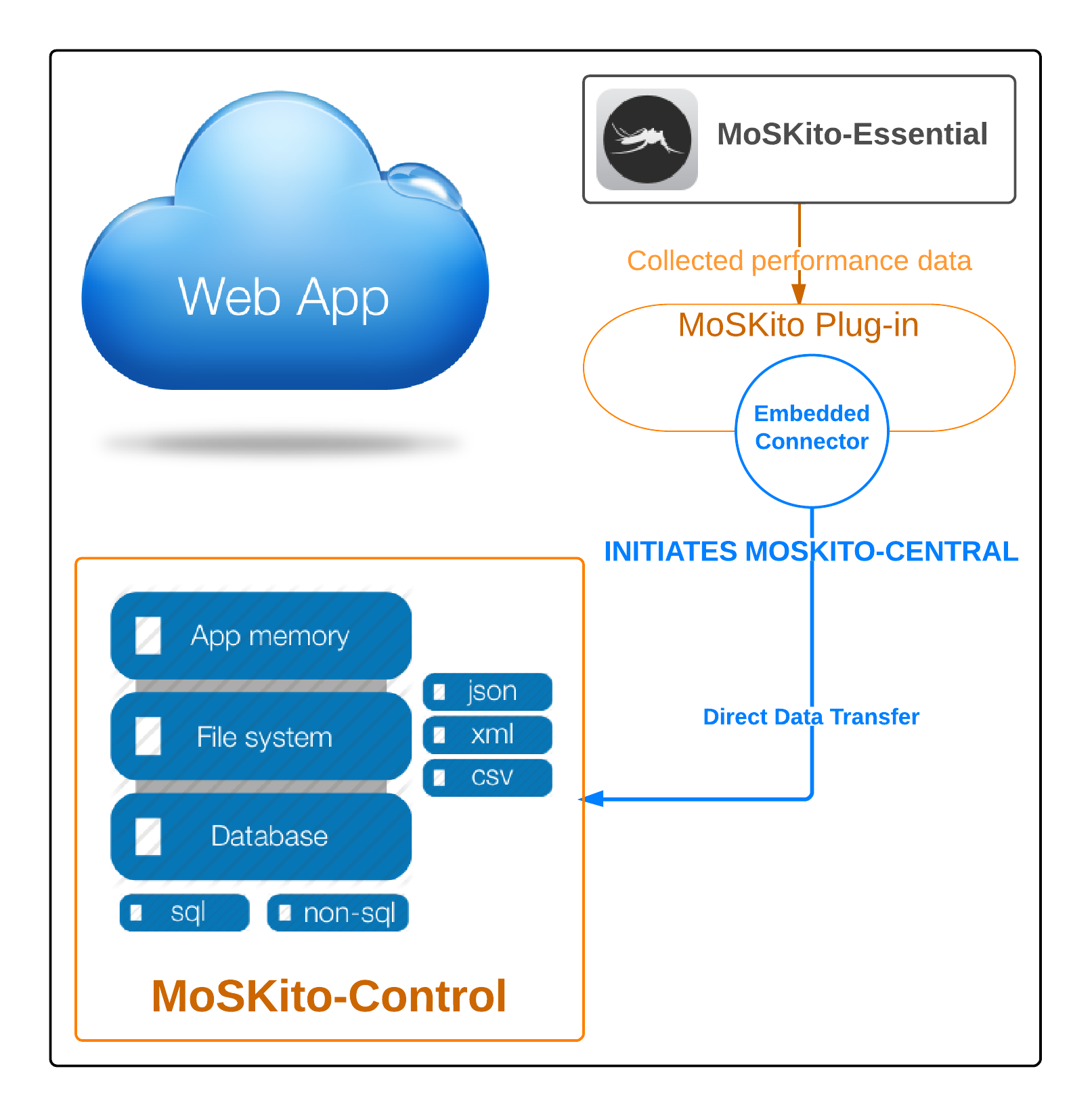 The data transfer stages are the following:

Thus, the first thing we need is the Embedded Connector which instantiates MoSKito-Central.

In pom.xml of your project you will need to refer to moskito-central:

Please refer to maven for the latest version: http://search.maven.org/#search%7Cga%7C1%7Cmoskito-central

If you use another build tool you will need to put moskito-central.jar and other libs in your project.

Storage configuration is the same for both Embedded and Remote Modes.

That is why it is fully described in Configure MoSKito-Central Storage section.

For a working example of embedded Central configuration, please refer to our open-source GitHub MoSKito-Demo Project.